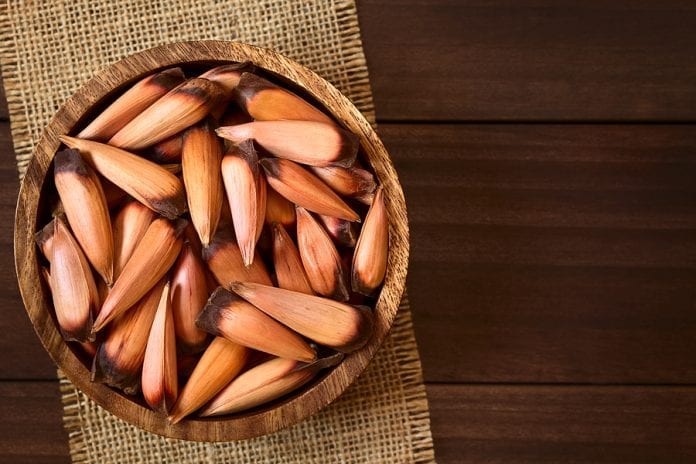 Of the many different types and blends of coffees in the world, one of the more unusual is piñon coffee. The term piñon is a Spanish word meaning “pine nut” and that is what piñon coffee is derived from. Perhaps this is not too surprising as coffee beans are not an actual bean. Nor is a pine nut a true nut. But it does make for an interesting type of coffee.

The history of piñon coffee is relatively brief, but the seeds from which the coffee is derived go back many centuries in terms of Native American culture.

Piñon coffee comes from the pinyon pine tree, a species that is native to the Great Basin region of the United States. The tree itself has been a source of food for Native American tribes for well over 12,000 years. The seeds from the pinyon tree were often ground into flour if not eaten in its raw form. The seed itself contains a large amount of fat and plenty of calories which was perfect for consuming during the winter months.

The use of the pinyon seeds for coffee started only a couple of decades ago in New Mexico. The pinecones are removed from the trees and the seeds are left in burlap bags to dry in the sun. The pinecones are smashed to reveal the seeds which are shelled by hand. The seeds inside are frozen to preserve them before being brewed for coffee.

Despite the presence of a high amount of fat in the seeds, that does not translate to the coffee itself. This means that in terms of calories piñon coffee is not much different compared to blends made from standard coffee beans. The few extra calories present are from healthy fats along with proteins which are good for the body in moderate amounts.

Although derived from a pine nut, there are definite scents of vanilla when you open the bag or first have the coffee placed in front of you. It comes across more like a dessert than anything else.

There is a burnt sensation when tasting piñon coffee. The hint of vanilla in the aroma is stronger when you let it roll across your tongue. This is not a sugary taste, but more like melted butter that eases its way to your throat.

It should be noted that there are differences between dark and medium piñon coffee which can alter the taste considerably.

Because the seeds are denser compared to coffee beans, there is a rich texture to piñon coffee that is unlike any other. It does make the roasted seeds stickier in some regards, but that is not present in the coffee itself.

Piñon coffee is definitely different and certainly worth trying if you love coffee. There are several blends to choose from which include medium and dark piñon. Plus, there are many that have other flavors infused into the coffee, ranging from amaretto to Mexican spiced chocolate, pumpkin spice, southern pecan, and more.

Why is Jamaican Blue Coffee So Expensive?

What is Peaberry Kona Coffee?

6 Coffee Bean Classifications You Should Know 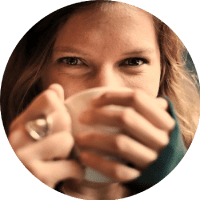 Hey Coffee Lovers! My name’s Java Jane and I call myself the Coffee Bean Queen. Thanks for checking out my blog and remember to stay grounded!

What is the Best Way to Brew Kona Coffee?

Java Jane
Kona coffee is the variety of coffee which has its roots in the North and South Kona Districts of the Big Island in Hawaii. It...

How to Clean a Nespresso Machine

Why is Jamaican Blue Coffee So Expensive?

How to Make Coffee in a Coffee Urn

CoffeeBeanQueen.com is a participant in the Amazon Services LLC Associates Program, an affiliate advertising program designed to provide a means for sites to earn advertising fees by advertising and linking to Amazon.com

How to Clean a Nespresso Machine